The Krusty Krab: can specific elements from within a television show – as opposed to the title of the show itself –receive trademark protection? 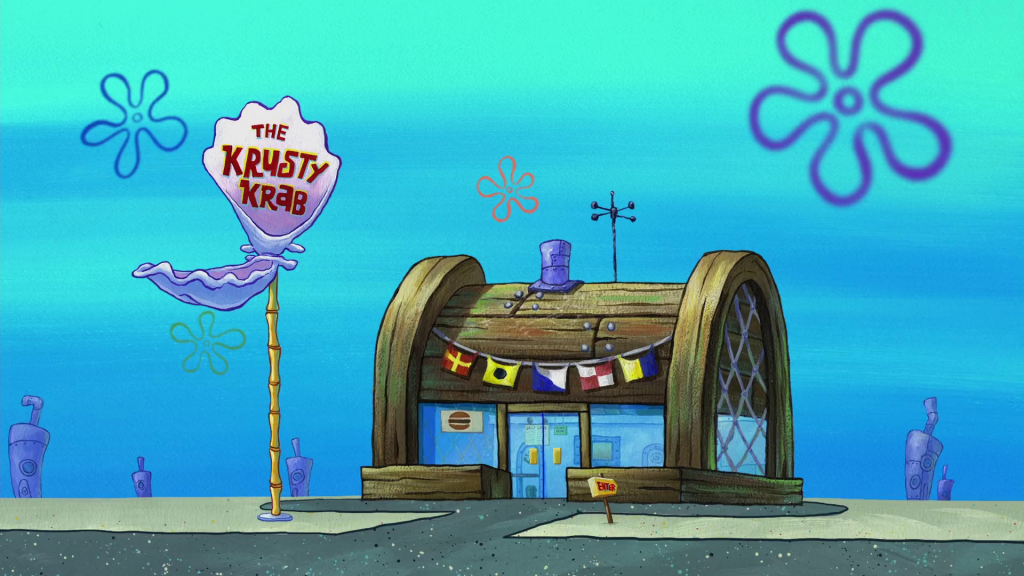 Viacom International, Inc. (Viacom) sued IJR Capital Investments, L.L.C. (IJR) for infringing on its common law trademark of The Krusty Krab – a fictional restaurant in the popular “SpongeBob SquarePants” animated television series – after IJR took steps to open seafood restaurants using the same name. The district court granted summary judgment to Viacom on its trademark infringement and unfair competition claims. IJR appealed, asserting that Viacom does not have a valid trademark for The Krusty Krab and that its seafood restaurants would not create a likelihood of confusion between the two marks.

In 1999, Viacom launched the animated television series “SpongeBob SquarePants” on its Nickelodeon network. The show revolves around SpongeBob SquarePants, a sea sponge that wears square shorts, lives in an underwater pineapple, and works at the fictional The Krusty Krab restaurant as a fry cook with an array of characters including a cranky co-worker and the owner of The Krusty Krab. The show has become the most-watched animated television series for 15 consecutive years, with over 73 million viewers in the second quarter of 2016 alone. While the audience is predominately comprised of children, one-third of all viewers are 18 or older. The Krusty Krab is also licensed to third parties for a variety of products.

In 2014, IJR’s owner, Javier Ramos, decided to open seafood restaurants in California and Texas. Ramos asserts that he was describing the crusted glaze applied to cooked seafood when his friend Ivan Murillo suggested naming the restaurant Crusted Crab, which quickly became The Krusty Krab. Because Ramos’s search did not find an actual restaurant that used the mark, IJR filed a trademark application with the United States Patent and Trademark Office (USPTO) for THE KRUSTY KRAB. Viacom had not previously registered The Krusty Krab mark. The USPTO approved IJR’s mark and published the application for opposition. Viacom did not oppose at this time, and the USPTO issued a notice of allowance for the mark authorizing issuance once IJR filed a statement of use.

IJR also purchased four domain names for the restaurant concept, leased property in California, and procured restaurant equipment. In November 2015, Viacom sent a cease-and-desist letter that demanded the withdrawal of IJR’s trademark application and alleged infringement of The Krusty Krab mark. IJR promptly responded, declining to cease use and asserting that Viacom does not actually use The Krusty Krab as a trademark and that there was no likelihood of consumer confusion. However, IJR postponed opening any restaurants.

Viacom then filed suit in January 2016. Viacom asserted nine claims against IJR including unfair competition under the Lanham Act and trademark infringement under Texas common law. The complaint included allegations that IJR’s use of the mark in connection with restaurant services was likely to cause, or to have caused, confusion or mistake and to have deceived potential customers, causing them to believe that the services offered by IJR were affiliated with, sponsored by, or connected with Viacom; and as a result, Viacom suffered and would continue to suffer damages to its goodwill and reputation.

The district court held that: Viacom established ownership of the mark through sales and licensing; Viacom demonstrated that The Krusty Krab has acquired distinctiveness; and every likelihood-of-confusion factor indicated IJR’s proposed use would probably cause confusion. IJR appealed. IJR contended that the district court erred in granting summary judgment for Viacom. IJR specifically asserted that there are genuine issues of material fact as to whether Viacom owns a legally protectable mark and whether there is a likelihood of confusion between the two The Krusty Krab marks.

While Viacom has never registered The Krusty Krab mark, the Supreme Court has held that the Lanham Act “protects qualifying unregistered marks.” The Lanham Act provides that the term “trademark” includes “any word, name, symbol, or device, or any combination thereof” that is used or intended to be used “to identify and distinguish” one’s goods “from those manufactured or sold by others.” Viacom’s mark is legally protectable if it establishes ownership by demonstrating that it uses The Krusty Krab as a source identifier.

While registration of a mark is “prima facie evidence of… the registrant’s ownership of the mark,” ownership “is established by use, not by registration.” The question in this case is whether Viacom uses The Krusty Krab to indicate origin because the purpose of trademark law is to “prevent competitors from copying ‘a source-identifying mark.’” The success of “SpongeBob Square Pants” is not in dispute, but use within a popular television series does not necessarily mean that the mark is used as a source identifier.

In evaluating whether elements of a television series are trademarks, the focus is on the role that the element plays within the show and not the overall success or recognition of the show itself. When an element only occasionally appears in a successful television series, the indication-of-origin requirement may not be met. The Krusty Krab appears in over 80% of episodes, plays a prominent role in the SpongeBob films and musical, and is featured online, in video games, and on licensed merchandise. The Krusty Krab’s central role in the multi-billion dollar SpongeBob franchise is strong evidence that it is recognized in itself as an indication of origin for Viacom’s licensed goods and television services.

The digits of confusion – particularly the strength of Viacom’s mark, the identical spelling and pronunciation of the marks, both marks’ identification of restaurants, and evidence of actual confusion – dictate that IJR’s use of the mark infringes on Viacom’s trademark. By creating a connection in the consumer’s mind between IJR’s restaurant-in-development and The Krusty Krab from “SpongeBob SquarePants,” there is an impermissible likelihood of confusion as to source, affiliation, or sponsorship. This case squarely falls within the protection of the Lanham Act and consumers would affiliate Viacom’s legally protectable The Krusty Krab mark with IJR’s seafood restaurant by the same name, therefore the judgment of the district court has been affirmed.