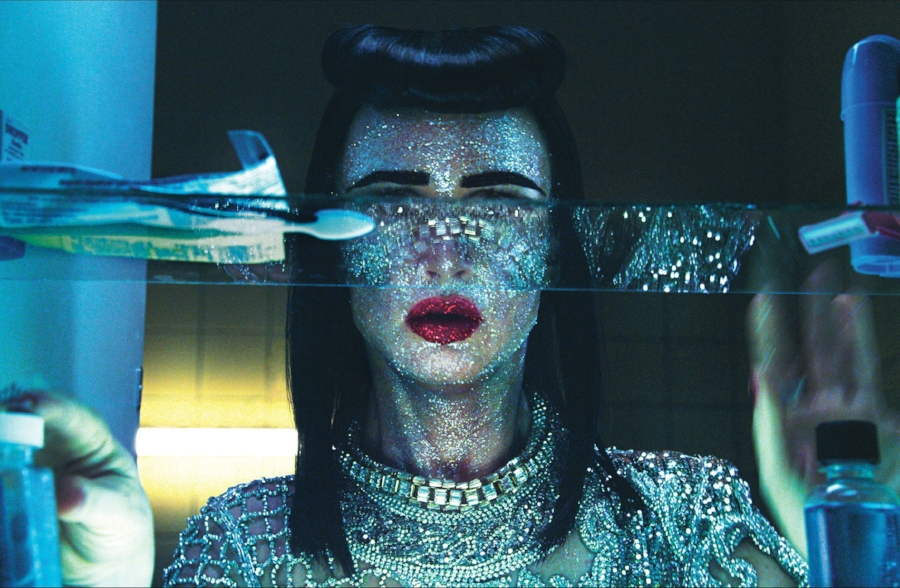 Whether a human body part may qualify as a “tangible medium of expression” for Makeup copyright purposes?

Mourabit is a makeup artist, and in 2013, he “did the make up artistry” for a fashion photo shoot organized by W Magazine. Klein was the photographer at the Photo Shoot.

In 2015, Shiseido collaborated with Klein to create a holiday makeup collection. Defendants used one of Klein’s photographs from the Photo Shoot to promote and advertise their new makeup line. The Photograph depicted Juliette Lewis, an actress, wearing makeup that Mourabit had applied during the Photo Shoot.

According to the complaint, in their promotional materials, Defendants did not credit Mourabit for Lewis’s makeup, instead implying to consumers and the public that Nars, another makeup artist, was responsible for the makeup artistry depicted in the Photograph.

In June 2018, Mourabit obtained a copyright registration for a drawing of the makeup artistry that Lewis showcased during the Photo Shoot. Two months later, Mourabit filed a complaint in the New York State Supreme Court alleging copyright infringement based on his copyright registration for the Drawing , as well as state law claims of unjust enrichment, unfair competition/misappropriation, and violation of New York General Business Law (“GBL”).

On September 12, 2018, Shiseido removed the case to the Southern District of New York. On December 13, 2018 Mourabit conceded in a court filing that his copyright claim based on the registered Drawing should be dismissed. The parties continued to disagree, however, as to whether Mourabit’s state law claims were preempted by the Copyright Act.

The district court dismissed Mourabit’s copyright infringement claim after concluding that Mourabit abandoned it by his earlier concession. Next, the district court concluded that the unjust enrichment and unfair competition/misappropriation claims were preempted by the Copyright Act.

The district court noted that Mourabit “appears to allege that his state law claims arise from his ‘makeup artistry,’ rather than the copyrighted drawing,” and thus focused its analysis on the application of makeup during the Photo Shoot.

Accordingly, the district court held that Mourabit’s state claims fell within the preemptive scope of the Copyright Act because makeup artistry fits within the “pictorial, graphic, and sculptural works” category and could be “fixed in a tangible medium of expression.” Judgment entered July 8, 2019. This appeal followed.

Mourabit’s appeal focuses, on the first prong of copyright preemption – that is, the “subject matter requirement.” Mourabit argued, in particular, that the work of makeup artistry that he developed for the Photo Shoot (the “Makeup Artistry”) does not meet the subject matter requirement because (a) it does not fall within one of the categories of copyrightable works set forth in 17 U.S.C. § 102, and (b) the Makeup Artistry was not fixed in a tangible medium of expression.

The appeal concluded that, for preemption purposes only, Mourabit’s Makeup Artistry falls comfortably within “the broad ambit of the subject matter categories listed in section 102(a).” In particular, the Copyright Act protects “pictorial, graphic, and sculptural works,” 17 U.S.C. § 102(a)(5), a category that encompasses “pictures, paintings, or drawings” depicted in either two-dimensional or three-dimensional space.

Mourabit’s Makeup Artistry fits into this category in “a broad sense” because it is essentially a painting that is displayed on a person’s face. As do other works that the Supreme Court has deemed to have “pictorial, graphic, or sculptural qualities,” the Makeup Artistry involves the decorative “arrangement of colors, shapes, and stripes.”

The appeal concluded that Makeup Artistry shares enough features with the category of pictorial, graphic, and sculptural works to fall within the “broad ambit” of section 102(a) and, therefore, to be potentially subject to copyright preemption.

Mourabit countered that his Makeup Artistry nonetheless does not satisfy the subject matter requirement because the work was not “fixed in a tangible medium of expression.” In advancing this challenge, Mourabit frames the relevant inquiry as whether the Makeup Artistry was fixed in Lewis’s face.

From there, Mourabit urged that the fixation requirement is not satisfied because (1) human skin cannot qualify as “a tangible medium of expression,” and (2) even if it did, the makeup that he designed and applied to Lewis’s face was not sufficiently permanent.

No federal appeals court has addressed whether a human body part may qualify as a “tangible medium of expression” for copyright purposes. Although the District Court concluded that the Makeup Artistry was sufficiently fixed in Lewis’s skin to satisfy the fixation requirement for copyright purposes, the appeal affirmed its judgment on the alternative ground that the Makeup Artistry was fixed in the Photograph taken by Klein.

Under the Copyright Act, “a work is ‘fixed’ in a tangible medium of expression when its embodiment in a copy…, by or under the authority of the author, is sufficiently permanent or stable to permit it to be perceived, reproduced, or otherwise communicated for a period of more than transitory duration.”

The Act defines “copies,” in turn, as “material objects, other than phonorecords, in which a work is fixed by any method now known or later developed, and from which the work can be perceived, reproduced, or otherwise communicated, either directly or with the aid of a machine or device.”

When applying this fixation requirement, it is necessary to bear in mind the “fundamental distinction between the original work of authorship and the material object in which that work is fixed.” The work is a form of intangible property that can be physically embodied in (i.e., fixed in) any number of different material objects (i.e., tangible mediums of expression).

Here, the Makeup Artistry – i.e., the work that Mourabit asserted is the subject of his state law claims – was plainly fixed in Klein’s Photograph. When Klein photographed Lewis during the Photo Shoot, he physically embodied Mourabit’s Makeup Artistry in the Photograph, thereby allowing the work to be “perceived, reproduced, or otherwise communicated for a period of more than transitory duration.”

Although Klein, not Mourabit, took the Photograph, that fact is of no import here because a work of authorship may be fixed “by or under the authority of the author.” Mourabit plainly consented to the photographing of his work by Klein: after all, creating such a Photograph was the goal of the Photo Shoot. Thus, the fixation of his Makeup Artistry in the Photograph occurred under Mourabit’s authority.