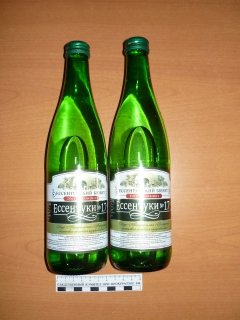 Russian investigative committee has initiated criminal case for manufacturing and distribution of counterfeited mineral water “Essentuki” by organised group of persons suspected in committing a crime under article 180 of Russian criminal code for illicit use of means of individualization. This is the first criminal case for counterfeiting in such category of goods.

The investigation has found that CEO of one manufactory has organised a group which produced and sold mineral water. The water they produced was mined in place different from the place where is mined the mineral water “Essentuki”, but they marked their bottles with mark Essentuki. During the one and half of a year they have sold more than 17 billion bottle of counterfeited water. The right holder suffered a damages in amount about more than 400 million Roubles.