Is the shape of a London taxi a valid registered trade mark? 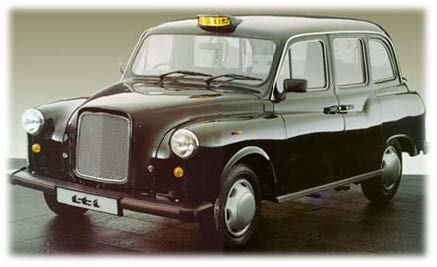 The claimant and appellant The London Taxi Corporation Limited (“LTC”) contends that it can be. It further contends that the defendants and respondents Frazer-Nash Research Limited (“FNR”) and Ecotive Limited (“Ecotive”) threaten to infringe two of its registered trade marks (“the LTC marks”) which depict models of its taxis, by launching a new London taxi, the new Metrocab.

It is well established that many questions in European trade mark law are to be assessed from the perspective of the “average consumer” of the relevant goods or services, who is deemed to be reasonably well-informed and reasonably observant and circumspect. The attributes of the average consumer are used, for example, to assess whether the similarities between a mark and an alleged infringing sign are sufficient as to be likely to cause confusion. The attributes of the notional average consumer depend on the nature of the trade in question.

The issue in this case arises because, although it is common ground that taxi drivers and others who purchase taxis are to be treated as consumers of taxis, FNR and Ecotive submitted that taxi passengers, who merely hire and ride in taxis, are not. The answer to disputed questions is normally provided by considering the purpose of a trade mark which, broadly speaking, is to operate as a guarantee of origin to those who purchase or use the product.

The judge considered that the term average consumer includes any class of consumer to whom the guarantee of origin is directed and who would be likely to rely on it, for example in making a decision to buy or use the goods. Against that background, the judge would not have thought it mattered whether a user was someone who took complete possession of the goods, or someone who merely hired the goods under the overall control of a third party.

In the present case the judge could not therefore see any a priori reason for excluding the hirer of a taxi from the class of consumers whose perceptions it was necessary to consider. The guarantee of origin which the mark provides is directed not only at purchasers of taxis but also at members of the public, such as hirers of taxis. The hirer is a person to whom the origin function of the vehicle trade mark might matter at the stage when he or she hires the taxi. The hirer is also a user of taxi services, so that any dissatisfaction with the taxi or its performance is likely to be taken up with the taxi driver or his company. But if, for example, the taxi were to fail for reasons not associated with the taxi service, it would be on the manufacturer identified by his trade mark that the hirer would, or might, wish to place the blame.

The Judge determined three steps to decide whether the mark in question differs significantly from the norms and customs of the sector. The first step is to determine what the sector is. Then it is necessary to identify common norms and customs, if any, of that sector. Thirdly it is necessary to decide whether the mark departs significantly from those norms and customs. Even if the marks were limited to taxis, which they are not, it would have to include private hire taxis, which can be any model of saloon car within reason. According to judgment it must include not just models in production at the date of application, but those on the road and those which the average consumer can be expected to have seen.

The norms and customs of the car sector are not difficult to establish. Typical cars have a superstructure carried on four wheels, the superstructure having a bonnet, headlamps and sidelights or parking lights, a front grille and no doubt other features. The public will have experienced taxis with sharp linear features like the old Metrocab, and more rounded ones like LTC’s taxis. They will have experienced both modern cars and more old fashioned ones. They will know that if the car is a taxi it will often have a light or other sign bearing the word TAXI on its roof. When the LTC features are compared with these basic design features of the car sector, each is, no more than a variant on the standard design features of a car.

Firstly, one must remember, as always in the case of a shape mark, that the public are not used to the shape of a product being used as an indication of origin. Secondly, hirers constitute a class of consumer whose focus will be on the provider of the services being supplied more than on the manufacturer of the vehicle in which they are travelling. It will be hard to interest them, far less educate them, in the topic of whether the shape of the taxi is an indication of a unique trade source. Thirdly, the hirer is aware of the regulation of London taxis and that taxis of the shapes shown in the registrations can be relied on to be licensed London taxis.

In these circumstances it is particularly important to see evidence from which it can be deduced that consumers have come to understand that there is only one manufacturer of taxis of that shape. Nothing in the materials, presented to the court, has shown that the mark is distinctive. Even if one restricts consideration to taxi drivers, it was not established that such drivers would perceive the shape as an indication that the taxis are those of one manufacturer only. It follows, therefore, that the marks relied on are invalid.

As to the existence of a link with the mark in the mind of the average consumer, the judge found that the new Metrocab was sufficiently similar to each of the trade marks that it would remind the average consumer of each of the trade marks, while appreciating that it differs from them. In the present case, it was common ground that the shape of the new Metrocab was an indication concerning the kind and intended purpose of the vehicle, namely that it was suitable for use as a licensed London taxi.